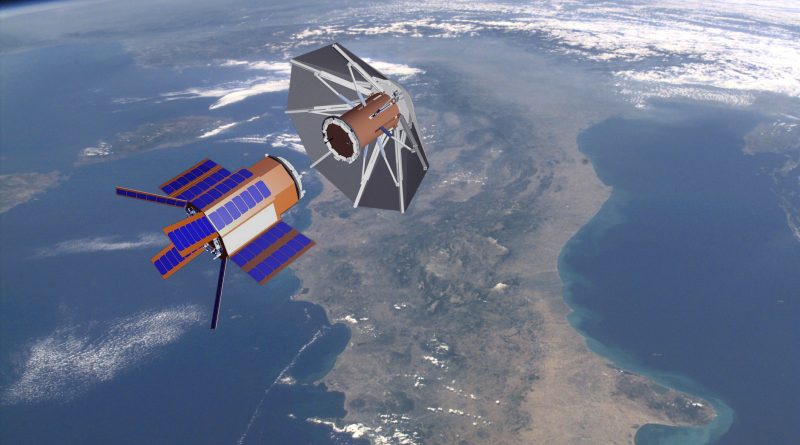 The strategic goal of the MISTRAL project, funded by the Region of Campania and promoted by the Campania Aerospace District (DAC), is to allow access to Space to perform micro-gravity experiments in a short-time frame, with reduced costs, and with the possibility of returning the payload.

The programme has been developed by Telespazio, a joint venture between Leonardo (67%) and Thales (33%), which is leading a consortium that includes the primary industrial and academic organisations of the aerospace sector based in Campania, such as: OHB Italia, CIRA, Euro.Soft, “Federico II” University of Naples, ALI, TSD Space, SAB Aerospace, SRSED, Powerflex, Lead Tech, Antares, CNR, ENEA and “Parthenope” University of Naples.

The MISTRAL (MIni-SaTellite with Re-enter capability, Aircraft-Launched) project envisages the development of a “smart” atmospheric re-entry system for a capsule that can be coupled to multi-role, aircraft-launched, space micro-platform in the 40-50 kg class, for the recovery of the payload and experiment samples. MISTRAL can be used for a wide range of missions, for public or private organisations. Its aircraft launch capability releases the platform from the limitations of a traditional fixed launch base and also makes it more flexible and readily deployable.

MISTRAL is characterised by the use of new ultra-light alloys and of green materials and technologies. It also integrates health monitoring systems, thanks to sensors included in its critical parts, such as the folding heat shield – the opening can be modulated for an active control of the re-entry trajectory. Moreover, the micro-platform management system called “Space Twitter” allows the orbiting capsule to automatically and continuously transmit “tweets”, short messages, to communicate its operational status to a series of dedicated ground micro-stations.

MISTRAL sets the standards for the industrial development of an innovative satellite platform that returns samples/payloads from Low Earth Orbit (LEO), looks at the management of emergencies on Earth and with the possibility of further applications.

The MISTRAL project is part of the Research and Development activities of Telespazio and it will allow the acquisition of expertise in the development of the ground segment for micro-platforms, such as cubesats, and for short-notice low orbit missions. The acquired expertise will allow Telespazio and Leonardo to put themselves forward, in the future, as partners for missions aimed at the removal of space debris; one of the most interesting aspects associated with the world of space awareness in light of the ever-increasing development of operations and activities that will increasingly take place in the Space environment.

“The MISTRAL project – explains Raimondo Fortezza, Project Manager of Telespazio – represents a worldwide unique, since the re-entry system is fitted to a capsule, weighing approximately 15 kg, which is automatically released from the bus at a specific stage of the orbit, thus allowing the recovery of the payload. The system is also characterised by a peculiar mission profile, because it will orbit at very low altitudes, with a 300-km perigee. Moreover, it is a “smart” system, because it has a fully autonomous re-entry capability, as it can directly compute the re-entry trajectory through its on-board systems.

“Through this technological development project we will be able to prove what we have already analysed on paper – adds Gennaro Russo of DAC – for instance, the capsule fitted with the adjustable umbrella folding system, which automatically decides its opening and closing degree in order to travel along the trajectory defined by the capsule. The implications and the possible commercial repercussions are very important. A technology like this can also be employed from a “clean space” perspective, i.e. to reduce debris by supporting the re-entry of space systems that reached the end of their operational life. MISTRAL, which is led by Telespazio, is a regional project and involves, among our partners, most of the Campania aerospace supply chain”.

The Campania Aerospace Technological District involving approximately 140 subjects: 8 large companies (including Leonardo, MBDA, Magnaghi, Atitech, DEMA, Telespazio), 11 research centres (including CIRA, CNR, ENEA as well as the 5 Universities of Campania) and 125 small and medium businesses, taking into consideration those joined the eight associated consortiums. The District, through its development programs and technological innovation projects, brings together all the sectors of the aerospace industry of Campania: from commercial aviation, for the development of the new regional aircraft, to general aviation, for the development of production and assembly techniques for innovative aircraft, from space and launchers, for micro-satellites and dual technologies linked to launchers and autonomous flight systems, to maintenance and refurbishment. The DAC is chaired by Luigi Carrino. www.daccampania.com

Telespazio, a Leonardo and Thales 67/33 joint venture, is one of the world’s leading operators in satellite services. Its activities range from the design and development of space systems to the management of launch services, from in-orbit satellite control to Earth observation, from integrated communications, satellite navigation and localisation services to scientific programmes. Telespazio plays a leading role in the reference markets harnessing technological experience acquired over the years. Since its establishment, the company has participated in major European space programmes such as Galileo, EGNOS, Copernicus and COSMO-SkyMed. In 2019, Telespazio generated sales of EUR 535 million while employing approximately 2,600 people worldwide.

admin has 62381 posts and counting.See all posts by admin 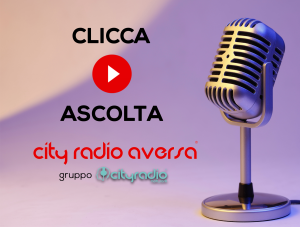